News
ATK-MB is a very significant merger for both clubs: Kushal Das 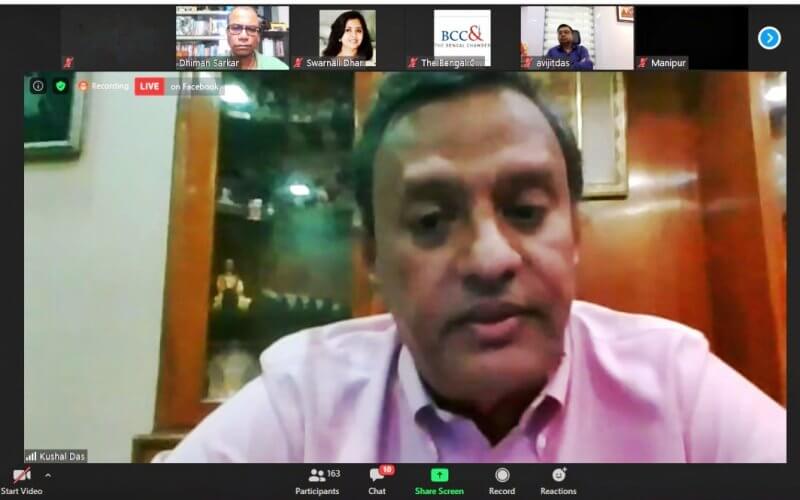 NEW DELHI: AIFF Senior Vice President Mr Subrata Dutta and General Secretary Mr Kushal Das attended an online seminar organized by the Bengal Chamber of Commerce and Industries on Monday (July 13, 2020), where they discussed various issues surrounding Indian football, and how to take the sport forward during and after the COVID-19 pandemic.

In his opening address, Mr Dutta welcomed said: “The future takes its birth from the womb of the past. Likewise, the foundations of the good work at AIFF were laid in 2010 under the able leadership of Mr Praful Patel and Kushal Das. Mr Patel was successfully able to sign a deal with our financial partners IMG-Reliance, who are now known as FSDL. This has allowed AIFF to become financially stronger.”

Picking up from the Vice President, Mr Das went on to speak on a range of issues in Indian Football during the present day. Last week Indian football saw the historic merger of two of India’s biggest clubs – Mohun Bagan and ATK into a combined entity known as ATK Mohun Bagan.

“It is a significant merger for the two clubs. The significance of Mohun Bagan’s fan base, legacy and history is known to everyone. On top of that, they now have the financial power of ATK, which makes it a win-win situation for all parties involved,” said Mr Das. “Retaining the old Green and Maroon jersey was a very sensible decision. I commend the authorities on taking such a step.”

Mr Das also went on to speak about the solidarity payments to academies which have been introduced in the Player Status Regulations. Commending the move, the AIFF General Secretary said that it will encourage the academies to produce more quality local players.

“It gives the academies the incentive to develop players. Once the player moves to another club, the academy in question also gets a compensation, as per a formula developed by FIFA,” said Mr Das.

News Unless you develop your sixth sense you won’t be...