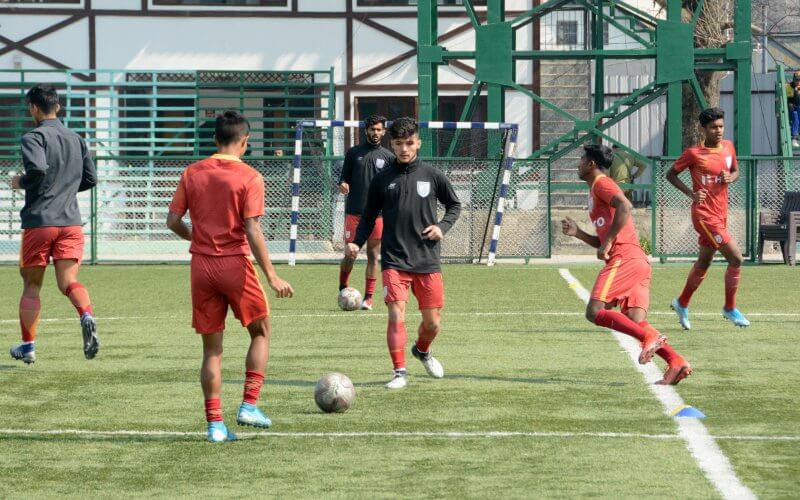 Srinagar, February 23, 2020:  Real Kashmir will be playing host to All India Football Federation’s (AIFF) developmental side Indian Arrows at the TRC Turf Ground in Srinagar on Monday, February 24. The match is scheduled for a 2 pm kick-off and will be broadcast live on 1Sports and the 1Sports official Facebook Page. Online streaming is also available on the Fancode app and website.

Real Kashmir forged a winning run of three games, all away from home and comprising wins against Indian Arrows in the reverse leg followed by Aizawl and Gokulam Kerala. The run saw Kashmir rise to third on the table and within touching distance of second-placed Punjab.

However, the Yan Law-coached side put a screeching halt to their northern counterpart’s momentum, which Churchill Brothers capitalized on in their next game and inflicted another knockout blow that might have dented Kashmir’s pursuit of the Hero I-League title, who are now languishing at eighth on the table.

The Snow Leopards have games in hand and given how waterlogged the middle stack of the league is, each passing game can drastically alter the complexion of the table. A win tomorrow could take them back to the top four, based on how Sunday’s games unfold.

Speaking ahead of the game, David Robertson, Head Coach, Real Kashmir FCsaid, “We played two of the best teams in the league, back to back. It was, of course, disappointing for us to not get anything out of those two games against Punjab and Churchill but it was a close affair on both occasions."

“We will be getting back to our feet like always and against the Arrows, we will be going for the three points in front of our passionate home crowd. It’s not all about the title in this league, there’s plenty to play for but as long as it’s mathematically possible, we won’t give up on the chase”, the Scot concluded.

Shanmugam Venkatesh, Head Coach, Indian Arrowsvoiced his thoughts on his young side’s next challenge and remained upbeat ahead of the game.

“Yes, it will definitely be a tough challenge. This is the beauty of the Hero I-League as we get to play in different conditions and venues across the country. We are looking forward to an interesting match and a great atmosphere”, he said.

The Arrows have sprung a couple of upsets away from home, outsmarting Churchill and Quess East Bengal. Kashmir have played only thrice at Srinagar this season, winning just once which was against the defending champions Chennai City. If the Arrows can spark another upset, it might spell disaster for Real Kashmir who wouldn’t endorse the idea of three defeats in a row.

News PK Banerjee was the first icon of Indian Football:...